I’ll keep this brief, but just wanted to announce to the world that I brought four sweet little chicks home yesterday!

First up is Hedy, a Black Australorp. As soon as I picked her up at the feed store, she curled up in my scarf and tried to take a nap. I instantly fell in love, and realized I wasn’t leaving without her…

… but obviously she needs some friends! Here is Emmy, a Columbian Rock Cross.

This is Ada. She is an Ameraucana, so I am hopeful she will have bluish eggs. Fingers crossed!

And finally, here is Rosie. She is a Golden Comet.

Lenny is super intrigued by them, but has been a really good boy so far.

Oh, and because I’m totally insane, I set my iPad up next to them and installed a security camera app so that I can spy on them all the time. Ha! 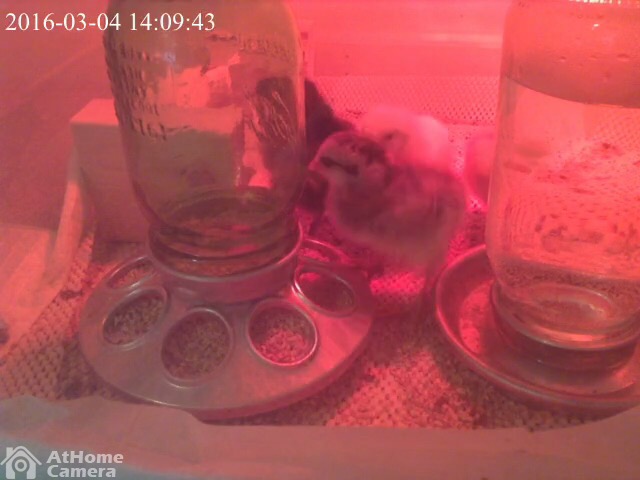